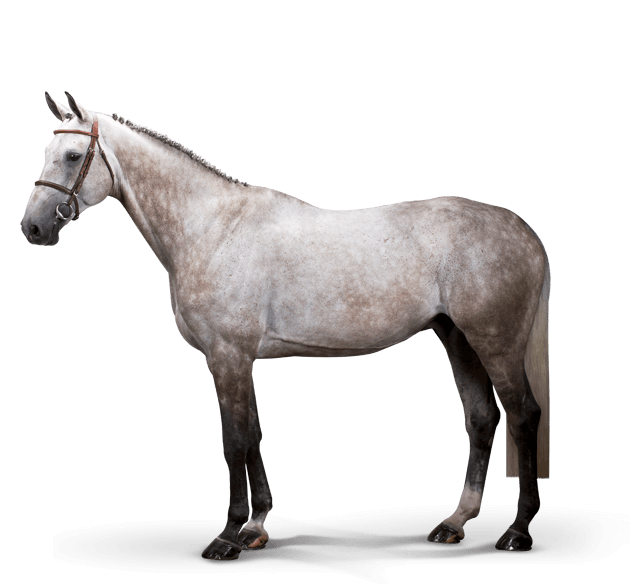 Insider has all ingredients in him. He has scope, blood, carefulness and he is very comfortable to sit on!
Insider’s father CHELLIST, is a promising son of CASSINI I. He belonged to the best and most influential breeding stallions and is one of the most distinguished jumper sires in the world due to his offsprings performances. Cassini I is the father of the olympic horses Isovlas Olympic (Steve Guerdat), Calsson vom Dach (Will Simpson) and the famous Cumano (Jos Lansink).
The mother of Insider,  Zidane, is a daughter of HEARTBREAKER. He was successful at Grand Prix level and is now placed number 6 on the WBFSH-ranking for jumping sires. His influence in worldwide breeding is enormous. Many of his offspring are competing worldwide at the highest level.

Discover all info about Insider : Number 5

/place
1.25m Jumper, 2020 Holiday Festival I
"It's a real superstar in the making!"
Daniel Bluman
"Insider is a combination between sport and comfort."
Tal Milstein

You can contact us trough one of the following ways.
Call Us:
Leave a message:

Your message was sent!
Thank you