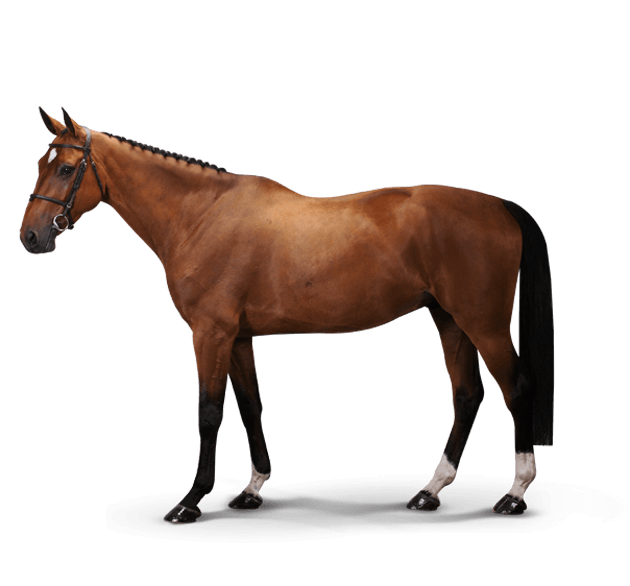 Nathan is a serious candidate to be a real 5* Grand Prix horse.
Although he is quite a big horse, he has blood, he is careful and very scopey.

Nathan’s father BISQUET BALOU VD MISPELAERE is not only competing at the 1m60 level, he is also becoming a rising star in the Belgian breeding. His sire BALOU DU ROUET is one of the most successful son of his famous Olympic champion and three-time World Cup winner Baloubet du Rouet, and he has also been among the TOP TEN of the world’s best jumping sires.

The dam of Nathan, Javanais Di Cantero is a combination of the blood of CAMBITO VD HELLE (1m60 level jumper), and Zeus.

Discover all info about Nathan: Number 3

/place
1.10m Jumper Traverse City Show
"We see him performing in big tracks in the future!"
Ilan Ferder
"One of my favorites! I can see myself riding him in the biggest classes in the future."
Daniel Bluman

You can contact us trough one of the following ways.
Call Us:
Leave a message:

Your message was sent!
Thank you